How much water should you drink?

How much should you Hydrate ?

The modern “hydration industry” has convinced many people in the world of health and fitness that dehydration is a terrifying fate to be avoided at all costs.

But do we really need to worry about this?

How much hydration do you really need?

When it comes to hydration, size — body size, that is — matters.

Women on average are smaller than men, which means they have a smaller volume and surface area. Thus, they lose relatively less fluid than men via respiration and sweating.

Climate matters too. Dry, hot climates and/or high altitudes suck fluid away from our bodies faster.

Many guidelines for proper athletic hydration are actually based on the needs of much larger male athletes who are exercising in extreme conditions. Not for an average woman who’s just hitting a few weights or jogging with the dog on a pleasant spring day.

In fact, the oft-cited guideline of “Drink X glasses of water a day” isn’t based on evidence. It’s one of those things that gets repeated often enough to become “well-known”.

But science doesn’t actually support it.

Your body is smart

Water and proper fluid balance is pretty important for life.

So thirst is controlled in one of the oldest, deepest parts of our brain. And there’s a complex regulatory system that organizes the delicate body balance of electrolytes (such as sodium and potassium) and fluids (i.e. water).

Our bodies are pretty smart.

They get thirsty when they need water. We drink water. Body happy. The end.

Yet we often try to out-think our clever bodies.

We drink — often to excess — when we aren’t thirsty, because we’re afraid of being “dehydrated”.

What happens when you over-hydrate?

Drinking enormous amounts of water too quickly (and without replacing electrolyte/minerals properly) can lead to electrolyte imbalances in our body.

Hyponatremia (hypo- meaning: low, -natremia meaning: blood sodium), occurs when there is too much plain water and too little sodium in the body fluids outside our cells. Essentially, our cells “drown”.

Too much plain water dilutes our extracellular sodium levels. Water then pours into our cells as our body tries to balance things. Our cells then swell because of the water pouring in. 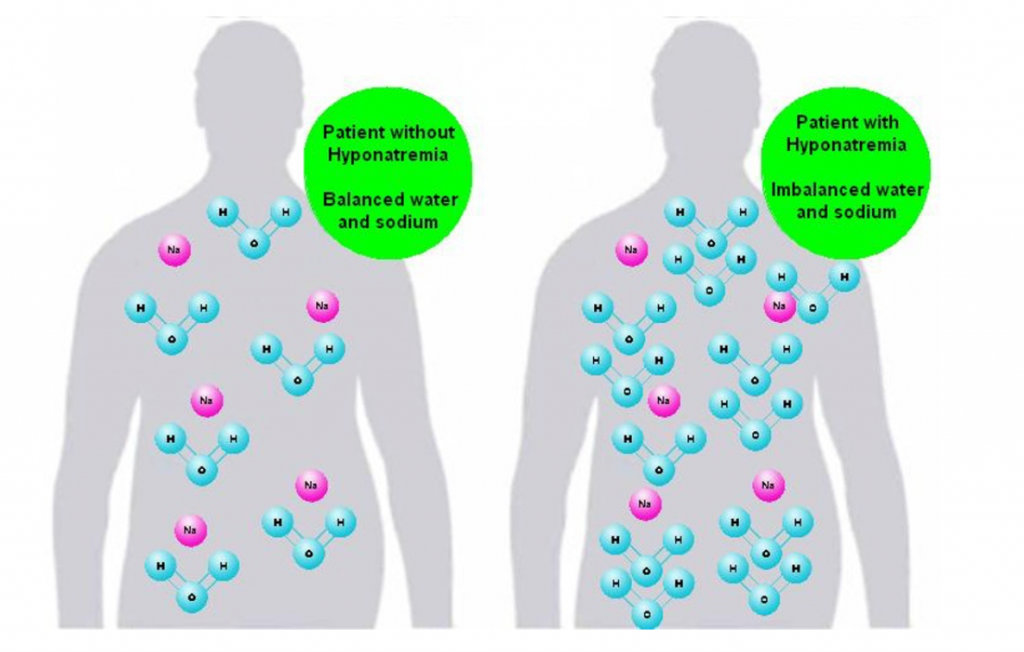 As the water content of the blood continues to increase, the body can’t get rid of the fluids fast enough. The excess water then goes to the bowels, which pulls salt from the body, further diluting our body sodium. The brain swells.

But now that you’re totally freaked out, here’s the good news.

Overhydration/hyponatremia is very real. But it generally only happens to endurance athletes who train for hours, sweat significantly (losing lots of sodium in their sweat), and drink gallons of plain water without ever replenishing their sodium levels.

Or, in other reported cases, over-hydration has occurred when people drink too much water (usually in the range of 7 liters of plain water or more in the span of two to three hours) at raves, or in one notable case, as part of a radio-show water-drinking contest.

How to get a healthy amount of water

Over-hydration isn’t necessarily about the amount of water you drink overall. It’s about whether your fluid intake overwhelms your body’s ability to deal with it.

A healthy human kidney should be able to process and excrete up to 10 liters of water per day.

While you certainly shouldn’t try to reach that capacity, a couple of liters of water spread evenly throughout the day will be just fine.

You might have heard some myths about hydration, such as:

MYTH: Your urine should be perfectly clear.

MYTH: If you wait until you’re thirsty to drink, it’s too late and you’ll probably shrivel up like a prune.

MYTH: Real “fitness people” guzzle water like they just stumbled out of the Sahara.

None of these are true.

Trust your body to give you thirst cues — it’s had millions of years to figure out this water thing.

Have a glass of water with meals. 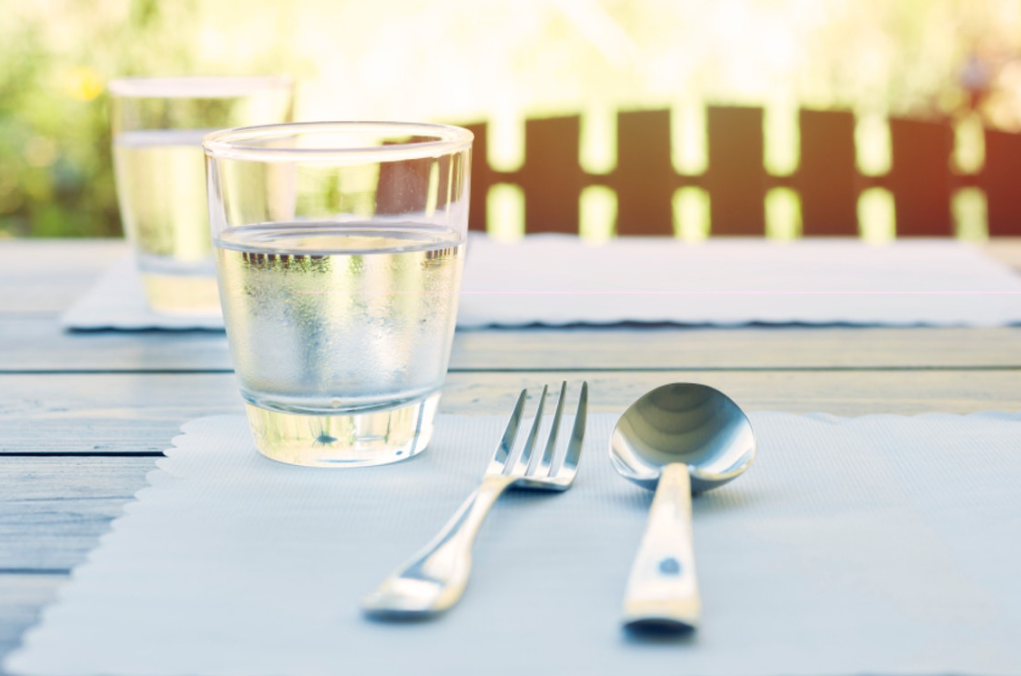 Not only will this help you absorb the sodium you consume, it’ll also ensure that you don’t mistake thirst for hunger. (Another good body cue to learn and differentiate.)

Taking sips of water between bites will keep you eating slowly. And you can discreetly swish out your mouth to prevent any spinach from sticking between your choppers!

If you’re drinking a lot of water, include some sodium. 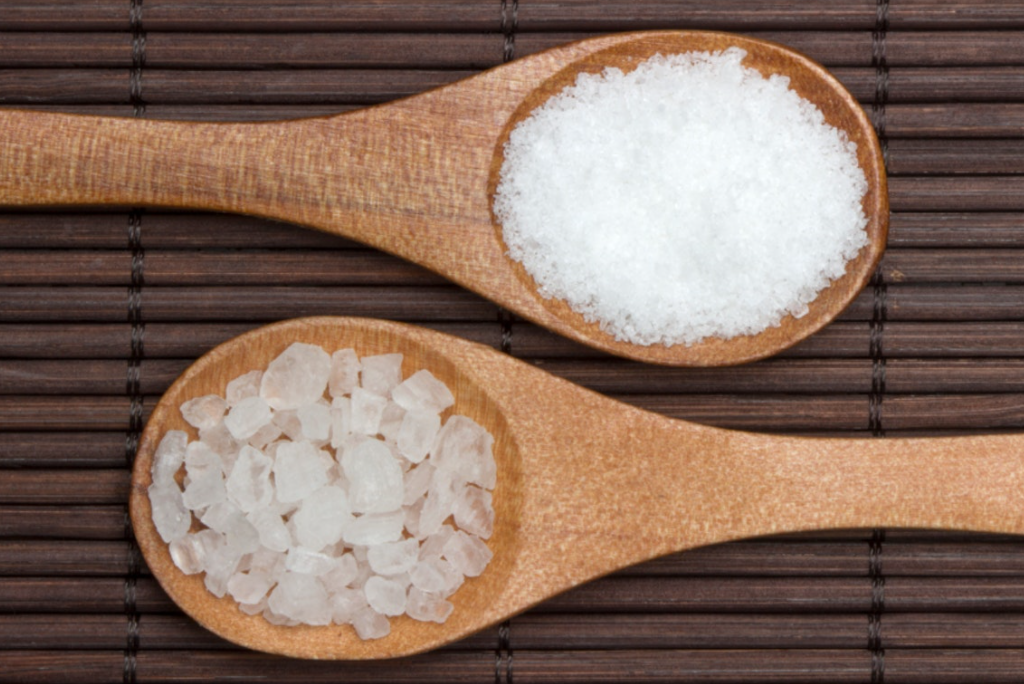 Sodium tells your body to hang on to the water it has, rather than dumping it overboard. It also helps to maintain blood pressure and electrolyte equilibrium, and allows organs, muscles and nerves to work properly.

Salt your food normally. If you’re craving salt, go ahead and have some. In women especially, salt cravings are often there for a good reason.

(If you notice persistent thirst or salt cravings, raise it with your doctor. This could be a symptom of something else.)

If you eat unprocessed foods, barring any underlying health issues or medication use, sodium won’t be a problem for you.

Endurance athlete trick! If you’re on a long run or ride without access to sodium and you’re sweating, lick your arm. You excrete sodium through your sweat.

Gross, but this could come in handy one day.

And if you’ve packed trail mix for this long haul, sprinkle in a little salt.

Find the sweet (or salty) spot

We can tolerate being mildly to moderately dehydrated for a short time.

In fact, research on endurance athletes shows that — even in warm climates — many actually do better when slightly dehydrated.

Overhydration can lead to hyponatremia, a potentially deadly condition.

So find the sweet… err… salty spot in the middle:

Let Ma Nature handle the rest. You don’t need to guzzle gallons of Gatorade, despite what drink manufacturers tell you.

If you notice persistent thirst or salt cravings, talk to your doctor.

These can both signal underlying health concerns.

Start your 2 weeks free trial and get lot of nutrition related information for free: